Since 2007, Elizabeth Easton has been the Director of the Center for Curatorial Leadership (CCL), a non-profit organization she co-founded with Agnes Gund to train museum curators in the fundamentals of management and leadership.

A curator, art historian, and educator, she formulated the program for CCL as a direct result of her service as the first elected president of the Association of Art Museum Curators (2003-2006), an organization of more than 1,200 curators from 350 museums across the United States. In her capacity as president, she launched an inquiry into the professional development of curators that led to the creation of CCL.

Easton earned her Ph.D. at Yale University, writing her dissertation on Edouard Vuillard's interiors of the 1890s. She joined the Brooklyn Museum in 1988 as assistant curator and became chair of the Department of European Painting and Sculpture in 1999. During her tenure, she was responsible for numerous exhibitions, including Intimate Interiors of Edouard Vuillard (1990), Frederic Bazille: Prophet of Impressionism (1992), Monet and the Mediterranean (1997), and Brooklyn Collects (2001). Her recent scholarship has focused on picture frames and artists’ photographs after the invention of the Kodak—the subject of her most recent exhibition and catalogue, Snapshot: Painters and Photography, Bonnard to Vuillard (2012).

She is the recipient of the Wilbur Cross Medal—the highest honor accorded to alumni of Yale University’s Graduate School—and in 2008 was appointed Chevalier de l’Ordre des Arts et Lettres  by the French Government. She is a trustee of MASS MoCA and has served on the boards of the Town School, the Spence School, Studio in a School, and the International Foundation for Art Research (IFAR). She is on the Visiting Committee of the Department of Paintings Conservation at The Metropolitan Museum of Art and is on the advisory boards of a number of other cultural institutions.

Sarah Van Anden joined CCL in 2016. As Programs & Finance Director, she leads program planning, fundraising, and strategic initiatives, working with Fellows, alumni, supporters, and the Board of Trustees to develop and carry out the organization’s full schedule of activities. Prior to joining CCL, Van Anden was a Program Officer with the New York City Department of Cultural Affairs. As a member of the Programs Unit, she oversaw a portfolio of more than 140 New York City cultural organizations and helped distribute over $30 million annually through the Cultural Development Fund, the city’s open, competitive funding process for arts nonprofits. In her earlier position at the Shelley and Donald Rubin family office, she was part of the curatorial team responsible for organizing exhibitions and programs extending from the Rubins’ philanthropic activities centered on art and social justice. Her additional experience includes positions with McGraw-Hill Higher Education, Art in America, the Center for the History of Collecting at the Frick Art Reference Library, and Research and Academic Programs at the Clark Art Institute.

Van Anden received her M.A. in the History of Art from Williams College, where she focused on art collecting in early modern Europe. She began higher education at the Community College of Philadelphia before completing her B.A. at Temple University with a dual major in History and Art History.

Emma Payne joined the Center for Curatorial Leadership in 2019 where she oversees the full scope of the organization’s programming and communications. Prior to her current role, Emma completed her MA in Modern and Contemporary Art and the Market from Christie’s Education where she received the Award for Academic Excellence. Emma's Master’s thesis focused on the role of the American South and the dynamics of power in the photographs of Sally Mann.

Emma graduated from Washington and Lee University with a BA in Art History and a minor in Museum Studies. She spent a semester studying international relations and art history at IES in Paris and subsequently completed a thesis on Olafur Eliasson’s 2016 installation at the Château of Versailles. Throughout undergraduate and graduate school, Emma held internships at Tanya Bonakdar Gallery, the Staniar Gallery, and The FLAG Art Foundation. While at the Staniar Gallery, Emma assisted in organizing Decade: Staniar Gallery’s 10th Anniversary Exhibition, Modern Art Goes Pop: Selections from W&L’s University Collection, and elin O’Hara slavick: Illuminated Artifacts.

Madeleine Haddon joined the Center for Curatorial Leadership in 2020. She is also currently a Curatorial Assistant in the Department of Painting and Sculpture at The Museum of Modern Art. She recently completed her PhD in 19th- and early 20th-century European Art at Princeton University. Her dissertation, “Local Color: Race, Gender, and Spanishness in European Painting, 1855-1927,” focuses on the preoccupation with Spain in in 19th- and early 20th-century European and American painting and its relationship to race and color. Before beginning at Princeton, she was the Program Associate at CCL from 2012 to 2014.

Madeleine is based in London and also currently a Teaching Fellow at Edinburgh University. Prior to this, Madeleine lived in Madrid on a Fulbright award conducting research for her dissertation at the Museo del Prado, Universidad Autónoma de Madrid, and Consejo Superior de Investigaciones Cientificas (CSIC). Her research in Madrid was also supported by the Casa de Velázquez. Madeleine has presented her research in the United States, Spain, the United Kingdom and Argentina. Her work has also been supported by the Princeton Institute for International and Regional Studies (PIIRS) and Princeton University Dean’s Fund. Madeleine also previously served as a graduate affiliate in Princeton’s Program in European Cultural Studies. 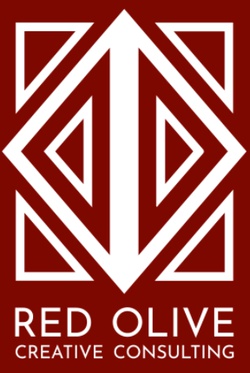 Joel Brockner earned a B.A. in psychology from SUNY-Stony Brook in 1972, and a Ph.D. in social/personality psychology from TuftsUniversity in 1977.  Since that time, he has taught at Middlebury College, SUNY College at Brockport, Tufts University, and the University of Arizona prior to joining the faculty at Columbia Business School in 1984.

Professor Brockner is a leading authority on a variety of psychological issues in the workplace, including change management (e.g., the effects of layoffs on the productivity and morale of survivors), leadership, decision-making, the role of the self, and cross-cultural differences in work behavior.  He has published three books (one on decision making in “sunk cost” situations, one on the causes and consequences of employees’ self esteem, and one on the role of justice in the workplace).  In addition, he has published more than 100 articles and book chapters in a variety of prestigious outlets, including Administrative Science Quarterly, the Harvard Business Review, and the Journal of Personality and Social Psychology to name a few.

Joel is the former Chairman of the Management Division at Columbia Business School, and he also is the Faculty Director of several highly regarded executive education program at Columbia Business School, including High Impact Leadership, Leadership Essentials, China CEO, and the Social Enterprise offering, The Developing Leaders Program. In addition, he has served as an expert witness, and he has consulted to a variety of organizations (including Association of Art Museum Curators, Canadian Health Services Research Foundation, Citigroup, ConocoPhillips, Eastman Kodak, IXIS Capital Markets, MBNA, Pfizer, State Farm Insurance, Southern New England Telephone, and Stratus Technologies) about the planning and implementation of significant organizational change, leadership development, decision making, and negotiation behavior.

Raymond D. Horton served as CCL's faculty advisor from its inaugural class in 2008 to 2015. He is the Frank R. Lautenberg Professor of Ethics and Corporate Governance at the Columbia Business School, where he also serves as Director of the Social Enterprise Program. He received his B.A. from Grinnell College in 1962, J.D. from Harvard Law School in 1965, and Ph.D. in Political Science from Columbia University in 1971. A member of Columbia Business School faculty since 1970, he served as Executive Director of the Temporary Commission on City Finances from 1975 to 1977. After returning to Columbia, he founded the Setting Municipal Priorities Project with Charles Brecher, and co-edited, with Brecher, the ten volumes in that series. Between 1980 and 1998, Horton held the positions of Research Director and President with the Citizens Budget Commission. The Commission is a public advocate of responsible financial management in New York City and New York State. His writings include numerous books, articles, and reports in the field of State and local finance and politics. His most recent book, Power Failure: New York City Government in the Post-1960 Era, was published by Oxford University Press in 1993. In addition to his academic responsibilities, Horton has served on a number of private and nonprofit boards. Horton was born and raised in Iowa, but has lived in New York City since 1965. He lives in Brooklyn with his wife Jacqueline, and daughters Justine and Georgia. His son Radley received his doctorate in Environmental Science at Columbia University.