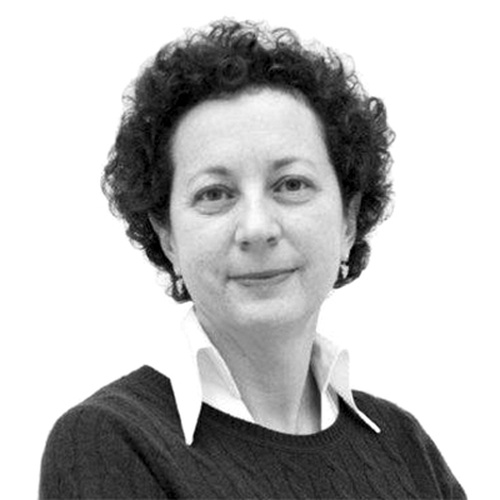 Deputy Director for Collections and Administration

Dr. Andrea Bayer was educated at Barnard College (Columbia University; class of 1978) and Princeton University, where she wrote a dissertation on the arts in Brescia in the early sixteenth century under the direction of Prof. John Shearman (PhD. 1990).  She has worked at The Metropolitan Museum of Art since 1989, first in the Department of Prints and Photographs and, from 1990, in the Department of European Paintings.  There she has been involved in numerous exhibitions, including Jusepe de Ribera 1591-1652 (1992); Giambattista Tiepolo 1696-1770 (1996); Dosso Dossi: Court Painter in Renaissance Ferrara (1998-1999); The Still Lifes of Evaristo Baschenis. The Music of Silence (2000-2001); Painters of Reality: The Legacy of Leonardo and Caravaggio in Lombardy (2004); Antonello da Messina: Sicily’s Renaissance Master (2005-2006); Art and Love in Renaissance Italy (2008- 2009); and most recently The Renaissance Portrait from Donatello to Bellini(2011), and Bellini, Titian, and Lotto: North Italian Paintings from the Accademia Carrara, Bergamo(2012).  She has written extensively on north Italian painting of the Renaissance, including two Museum Bulletins on painting north of the Apennines (2003 and 2005),  and a chapter on the arts of Brescia and Bergamo in Artistic Centers of the Italian Renaissance: Venice and the Veneto (ed. Peter Humfrey) (2007).  Some of her lecturing in recent years has concentrated on collecting and connoisseurship, including two papers for The Frick Collection’s Center for the History of Collecting in America (2010 and 2013).  Dr. Bayer has been a Curator in the Department of European Paintings since 2007 and was the Coordinating Curator for Curatorial Studies, the graduate program run by the Metropolitan Museum and the Institute of Fine Arts, NYU, from 2007-2012. She was the Interim Head of the Department of Education at the Metropolitan Museum in 2009, and is currently at work on a group of special projects for the Director’s Office connected with the re-launch of the Museum’s website in 2012 and numerous other initiatives related to the visitor’s experience. She was a member of the Center for Curatorial Leadership class of 2012. Last year she was a member of the team responsible for the complete reinstallation of the European Paintings galleries, opening in May 2013.  In early 2014 she was appointed Co-Chair of the Director’s Exhibition Committee.  She has just been named the Jayne Wrightsman Curator, a title that went into effect on July 1, 2014.

Andrea Bayer (CCL 2012), who has been named the Deputy Director for Collections and Administration at The Metropolitan Museum of Art, New York. Andrea joined the Met in 1989 and was most recently the Jayne Wrightsman Curator in the Department of European Paintings. In this capacity, she organized exhibitions including "Painters ... Read More >