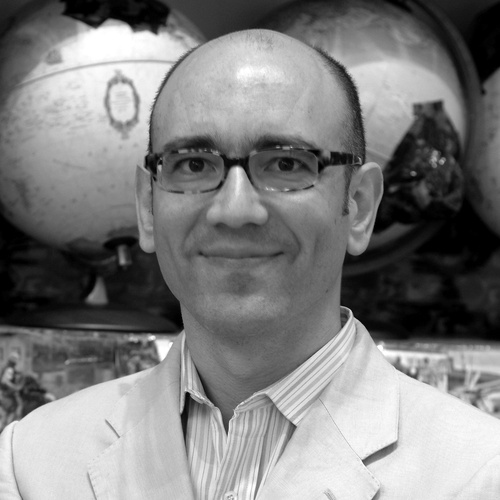 Carlos Basualdo is the Keith L. and Katherine Sachs Senior Curator of Contemporary Art at the Philadelphia Museum of Art, where he oversees the Museum's Department of Contemporary Art. In 2006, he initiated two exhibition series at the Museum called “Notations” and “Live Cinema,” both of which are devoted to the permanent collection and video. He was the lead organizer of “Bruce Nauman: Topological Gardens” that represented the United States at the 2007 Venice Biennale, where it was awarded the Golden Lion for Best National Participation. In 2010 he organized a survey exhibition of the work of the Italian artist Michelangelo Pistoletto, a collaboration between the Philadelphia Museum of Art and MAXXI (Museo nazionale delle arti del secolo XXI), where it traveled in the spring of 2011. Most recently, he organized “Dancing Around the Bride: Cage, Cunningham, Johns, Rauschenberg and Duchamp,” which opened in Philadelphia in October of 2012 and is currently on display at the Barbican Gallery until June 9th.

He has was part of the curatorial teams for Documenta11, the 50th Venice Biennale and conceived and curated “Tropicalia: A Revolution in Brazilian Culture,” which traveled from the MCA Chicago to the Barbican Gallery in London (2004/2005) as well as the Bronx Museum in New York and the Museu de Arte Moderna in Rio de Janeiro (2006/2007). From 2010 until 2013 he worked as Curator at Large at MAXXI Arte, in Rome, Italy.