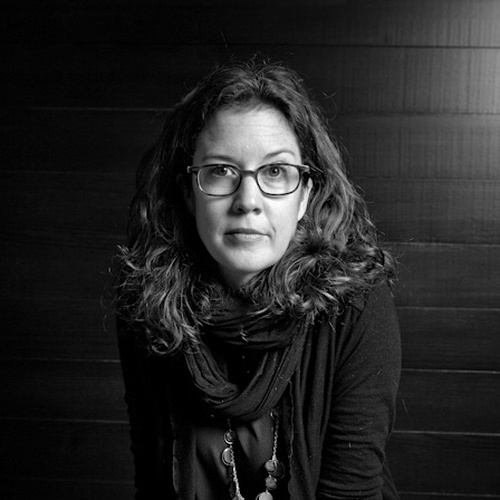 Kathleen Forde is a curator based in NYC and Istanbul. Forde is the Artistic Director at Large for Borusan Contemporary, a collection-based space for media arts exhibitions, commissions and public programming in Istanbul. During her tenure at BC Forde has curated and toured numerous solo exhibitions by artists such as Rafael Lozano-Hemmer, Daniel Canogar, Brigitte Kowanz and John Gerrard, and collaborated with curators and institutions that include the San Francisco Museum of Modern Art, Espacio Telefonica Madrid, La Boral Gijon and the Kunsthalle Darmstadt.

Concurrently she is working as an independent curator with various institutions both nationally and abroad.

From 2005 to 2012 Forde was the Curator of Time-Based Visual Arts at the Experimental Media and Performing Arts Center (EMPAC) in Troy, NY. At EMPAC she commissioned and/or produced a broad range of new work by artists that included The Wooster Group, Laurie Anderson, Japanther, Jem Cohen and Ben Rubin, and curated exhibitions such as Dancing on the Ceiling: Art and Zero Gravity.

Prior to EMPAC, Forde was the Curatorial Director for Live Arts and New Media at the Goethe Institut Internaciones in Berlin and Munich. As Curatorial Associate and then Assistant Curator for Media Arts at SFMOMA (1999–2002), she co-curated the interdisciplinary show 010101: Art in Technological Times in addition to ongoing work with both temporary and permanent collection exhibitions.

She has also written and/or curated on a freelance basis for various organizations that have included the Eyebeam Center for Art and Technology; The University of Michigan Museum of Art (UMMA); Independent Curators International; The Transmediale Festival, Berlin; Kunstverein Dusseldorf and Cologne; VideoZone, Tel Aviv; the Rotterdam Film Festival; and the Philadelphia Museum of Art. She sits on the board of Issue Project Room, NY, and on the Advisory Committees for the SETI Institute Artist in Residence Program and the Moving Image Art Fair, Istanbul.

In 2002-3 Forde held an Alexander von Humboldt research scholarship in Berlin She earned an MA in Post-1945 Art and Theory from Goldsmiths College, University of London, and a BA in Communications and Art History from the Loyola College of Maryland.