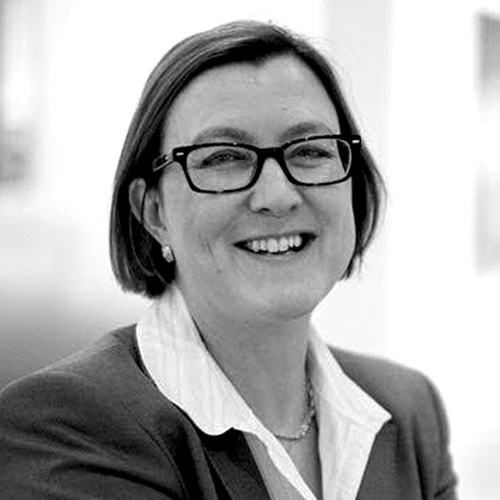 Paola Morsiani was most recently director of Neuberger Museum of Art of Purchase College.

Morsiani received her Laurea in art history and history of criticism from the University of Padua in Italy, and an MA in Arts Administration from New York University. In 2008, she participated in the Center for Curatorial Leadership fellowship and studied at Columbia University’s Executive Education Program. Early in her career, she worked in curatorial departments at the Drawing Center, New York; Queens Museum, New York; and at the Carnegie Museum of Art, Pittsburgh, Pennsylvania.  As Senior Curator at the Contemporary Arts Museum Houston, she curated a number of acclaimed exhibitions, including Andrea Zittel: Critical Space (2005, co-organized with Trevor Smith and the New Museum of Contemporary Art, New York), Fade In: New Film and Video (2004), When 1 is 2: The Art of Alighiero e Boetti (2002), and Subject Plural: Crowds in Contemporary Art (2001). At the Contemporary Arts Museum Houston, she also curated several project-room sized exhibitions, with artists Adrian Paci (2005), Abraham Cruzvillegas (2003), Amy Adler, Liza May Post, Francesca Woodman (2001), and Dario Robleto.  A catalogue accompanied each exhibition, with essays by Ms. Morsiani and other writers.

In 2008, she became Curator of Contemporary Art at the Cleveland Museum of Art, where she reinstalled the contemporary art collection galleries in the new East Wing, which opened to the public in June 2009. She also made a number of significant collection acquisitions, including The Casting (2007) by Omer Fast, One and Three Photographs [Ety.] (1965) by Joseph Kosuth, Continuous Mile (2006–2008) by Liza Lou, Jackie Curtis and Ritta Redd (1970) by Alice Neel, and Rho I (1977) by Jack Whitten, among others. In addition, Morsiani curated the first US solo museum exhibition of the work of Korean artist Kim Beom, which opened in November 2010. She was involved in fundraising, grant writing, and educational outreach and marketing for local, national, and international art audiences; and conceptualized and implemented a pilot program of Contemporary Artists Lecture Series (2011: Ann Hamilton; Raqs Media Collective); and directed and expanded the Contemporary Art Society, a 120 members affiliate group, among many other duties.