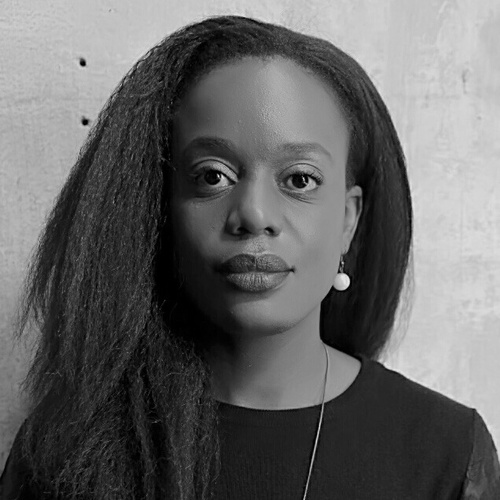 Zimbabwean born, Tandazani Dhlakama, is an assistant curator at Zeitz MOCAA. She is part of the curatorial team for the 13th Bamako Encounters - African Biennale of Photography (2022). She recently curated Witness: Afro Perspectives from the Jorge M. Pérez Collection at El Espacio 23 (2020), Five Bhobh: Painting at the End of an Era (2018) and collaborated on Nobukho Nqaba’s Izicwangciso Zezethu... (2019) and Shooting Down Babylon, Tracey Rose retrospective at Zeitz MOCAA amongst other projects.

Before joining Zeitz MOCAA, Dhlakama worked at the National Gallery of Zimbabwe (NGZ) in Harare (2011 and 2017) where she held various roles including Curator of Education and Public Programming. At the NGZ, Dhlakama was involved in curating several exhibitions including, Engaging with “the Other”(2013), Women at the Top (2014), ZimbabweIN Design (2014 and 2017), Dis(colour)ed Margins (2017) as well as several annual schools and colleges exhibitions.

In Harare, Dhlakama co-curated These Images Are Stories (2017) in collaboration with British Council Zimbabwe, Zimbo Jam and Impact Hub Islington in Harare. Dhlakama worked as curator at Tsoko Gallery, an independent art space in Harare, where she curated their inaugural exhibition Beyond the Body (2016) and was involved in the establishment of the space.