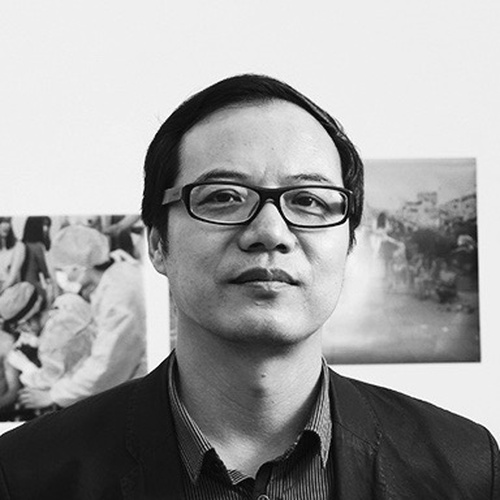 Head of the Department of Curatorial Research

Dr. Wang Chunchen is the Head of the Department of Curatorial Research of CAFA Art Museum at the Central Academy of Fine Arts China, as well as an Adjunct Curator of The Broad Art Museum of Michigan State University, in 2013 he is appointed as Curator of Pavilion of China at the 55th International Art Exhibition – la Biennale di Venezia, and also Deputy Principal Editor of Journal of Contemporary Chinese Art in UK. Also editor-in-chief of The Chinese Contemporary Art Seriespublished by Springer -Verlag, Germany. He traveled much to Minneapolis, Seoul, New York, London, Tokyo, Hong Kong, East Lansing, Paris, Berlin for the symposiums, forums, and lectures. In 2015 he was invited by Tate as the visiting research fellow. He is known for his contributions to the arts via his own body of works, publications and curatorial experiences. In 2009 he was honored with the coveted Chinese Contemporary Art Award which is echo by the numerous awards he has received for his input in Art Criticism. The result of this award is the writing and publication of Art Intervenes in Society. With some of the most notable shows being Future Returns: Contemporary Art from China, 2014, Broad Art Museum, USA; Transfiguration: The Presence of Chinese Artistic Methods in Venice, 2013, Italy; Conceptual Renewal: A Brief History of Chinese Contemporary Photography, 2012, Beijing; The First Shenzhen Independent Animation Biennale, 2012, Shenzhen; Sub-Phenomena: A Report of the State of Young Chinese Artists, Beijing, 2012;CAFAM Biennale 2011: Super-Organism, 2011, Beijing; Mixed Maze, 2008, London; Supernatural – China’s Photography in the New Century, 2008, New York. Wang Chunchen has also played a great influence on Chinese contemporary art criticism by his translations of over ten books of art history and theory: such as After the End of Art (Arthur C. Danto), The Abuse of Beauty, Art Since 1940, Theory in Contemporary Art Since 1985, etc. In 2013 his two volumes of essays are published: The Democracy of Art and The Politics of Images.