A 19-year veteran at the Metropolitan Museum of Art, Alisa LaGamma has devoted herself to projects that are instrumental in rethinking the history of sub-Saharan African art and culture. Her most recent exhibition is Kongo: Power and Majesty, a groundbreaking survey of five centuries of objects dating from the age of exploration to the late nineteenth century. Writing in the New York Times, Holland Cotter described the unprecedented assembly of rare objects, many of which have not been exhibited in centuries, as “an unusually tight, idea-filled and troubling show.”

LaGamma participated in CCL’s core training program for senior museum curators in 2010, three years before she was promoted to the helm of the department. Today, as Ceil and Michael E. Pulitzer Curator in Charge of the Department of the Arts of Africa, Oceania, and the Americas, she oversees a team of fifteen and is charged with rethinking the presentation of the galleries of the Michael C. Rockefeller Wing, which houses the collections of African, Oceanic, and North, Central and South American art.

LaGamma spoke to CCL about her childhood in Africa, how she prepared for the show, and her future challenges and responsibilities as head of an entire department at the Met.

You were born in the Congo and have traveled widely in Africa and lived in Côte d’Ivoire, Senegal, Nigeria, Togo, and South Africa. You later studied at the University of Virginia and received your doctorate at Columbia University. How did your experience growing up in Africa influence your choice of specialty?

I was born in Lubumbashi in what is today the Democratic Republic of the Congo. I didn’t spend much time there but my formative years were spent in many different African countries where my father worked as an American diplomat. Until the moment I started graduate school, I hadn’t considered studying African art. It really excited me that I could continue a connection with a region that I had such a special history with, through potentially rewarding projects. It was an instinct that proved true in terms of all the great projects I have been able to develop at the Metropolitan.

What was your first experience with these works from the Kongo?

The Kongo civilization is one of the great centers that we are introduced to as part of our formative training. The comparable in Western art is Rome. Kongo is one of those robust and dramatic traditions that endured and there’s a very long trajectory of its development. It’s also been very important in relating Africa to the world at large because so many people of Kongo heritage wound up in the New World as part of the Atlantic slave trade. The earliest generation of specialists in African art highlighted the significance of this region as foundational in understanding the heritage of African-American culture in our own backyard. This project allowed me to approach the material from a new perspective.

In 2008 you spearheaded the Met’s acquisition of a colossal 19th-century Mangaaka power figure, which quickly became the centerpiece of the collection and a formidable landmark at the entrance of the Michael C. Rockefeller wing. How did the object spark the idea for a show that spans 500 years of history and includes 146 works of art?

It was such an important addition to our permanent collection and I spent a lot of time thinking about it as an individual object and how it related to a larger corpus. I watched to see what kinds of reaction and responses people outside the field had to it. Inside the Met, it was a transformative acquisition that brought together so many different colleagues, in departments across the institution, who were equally enthusiastic about it. Scrutinizing the piece as a group brought all kinds of new perspectives to the surface that I thought it would be worth addressing in an exhibition that situated the power figure in a larger historical context.

For the show you organized major international loans that united fifteen of these figures in a dramatic concluding gallery. What was it like seeing them all together in one room for the first time?

I knew that it would be an epic assembly to have these monumental pieces united. I had spent a lot of time studying them individually and thought that I knew them well, but then once they were side by side in the gallery, it’s clear more than ever before that they all have their own individualized personality. I think this is an important recognition in the field of African art. So often, because of how things were gathered and collected by Europeans, we don’t have information about individual authors. I think it’s crucial for great museums like the Met to open viewers’ eyes to the individualized interpretations of major genres that African artists brought to bear on important traditions. I think it really is changing people’s appreciation in a significant way.

How did you translate this commitment into your exhibition design? How did it change your approach to display and installation?

We wanted to create a viewing experience where you got a sense of these works as a battalion because they were intended to be the defenders and protectors of the leadership and communities. When I worked with the Met’s exhibition designer, Brian Butterfield, we discussed that this assembly of Mangaaka power figures would be the culmination of this exhibition and that it should be a grandiose space. At the same time, I wanted to highlight the individualized character. Brian very sensitively and beautifully created a formation that gives you a sense of them coming together and yet they are standing on individual elevated pedestals so that you have a great vantage point and see them completely in the round.

Another thing that I’m pleased with in terms gallery design are the cut-through windows between galleries. I wanted people to understand that these monumental figures are one of the most dramatic manifestations of Kongo civilization but one can’t really appreciate them unless one is aware of the elegant, miniaturized representations that are equally important creations by Kongo sculptors. The cut-throughs allow you to see a layering of forms of representation juxtaposed against one another.

We conclude with panoramic vistas of the region as the landscape against which you view these great Mangaaka figures. So throughout the exhibition, we try to evoke the larger context and the historical trajectory of the works that we’re presenting.

You participated in CCL in 2010. How did this training prepare you for the work you are doing now as a curator and also as head of the Department of the Arts of Africa, Oceania, and the Americas?

I think that the experiences I had in CCL are definitely what allowed me to take on the responsibilities of overseeing the Michael C. Rockefeller wing at the Metropolitan. I now am juggling individualized research projects in my own field, and collaborating with colleagues in pre-Colombian, Oceanic, and Native American art. The management skills and overall vision of CCL has inspired me to rise to the occasion and take on the challenge of continuing to be a curator but also playing a role in shaping the future of my department.

What’s next for you?

Right now we’re in an exploratory phase to find out what kind of changes could be made to the Michael C. Rockefeller wing in conjunction with improvements to the entire southwest wing of the museum. We’re coming up with ideas to reinvigorate and to bring to the foreground what is truly the great collection of non-western art in an American art museum. It’s very exciting to think about how to bring this collection into the 21st century. I have a great team of curators that I’m in dialogue with to decide what directions we’ll propose to the leadership of the museum. 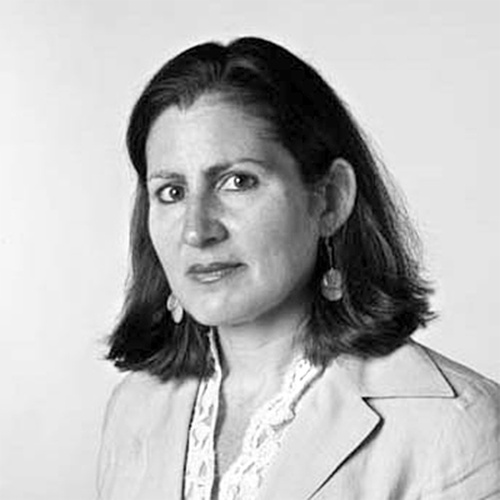