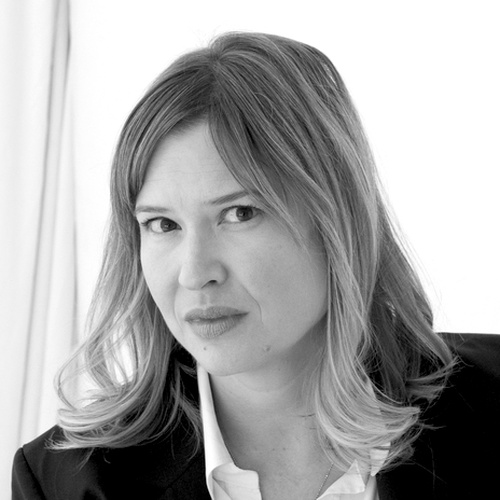 Johanna Burton is Director of the Wexner Center for the Arts in Columbus, Ohio. Prior to joining the Center, she held leadership positions in curatorial and educational departments at the New Museum, the Center for Curatorial Studies at Bard College, and the Whitney Museum's Independent Study Program, and was a CCL (Center for Curatorial Leadership) Fellow in 2019. Burton has curated exhibitions including Sherrie Levine: Mayhem at the Whitney Museum of American Art, New York (2011); Haim Steinbach: once again the world is flat at the Center for Curatorial Studies at Bard College, Annandale-on-Hudson, NY (2013); Take It or Leave It: Institution, Image, Ideology at the Hammer Museum, Los Angeles (2014); and, at the New Museum in New York XFR STN (2013), Cheryl Donegan: Scenes and Commercials (2016), Simone Leigh: The Waiting Room (2016), A.K. Burns: Shabby but Thriving (2017), and Trigger: Gender As A Tool And A Weapon (2017), among other projects.

She is the editor of Cindy Sherman (October Files, MIT Press, 2006); and, as the series editor for The Critical Anthologies in Art and Culture (co-published by The New Museum and MIT Press), oversaw volumes including Mass Effect: Art and the Internet in the Twenty-First Century (edited by Lauren Cornell and Ed Halter, 2015); Public Servants: Art and the Crisis of the Common Good (edited by Johanna Burton, Shannon Jackson, and Dominic Willsdon, 2016); Trap Door: Trans Cultural Production and the Politics of Visibility (edited by Reina Gossett, Eric A. Stanley, and Johanna Burton, 2017); and Saturation: Race, Art, and the Circulation of Value (edited by C. Riley Snorton and Hentyle Yapp, 2020).

Johanna Burton (CCL 2019) has been nameed Director of the Wexner Center for the Arts at Ohio State University. Previously the director and curator of education and public engagement at the New Museum in New York City, Burton will begin her Directorship at the Wexner in March.  “Johanna is the perfect ... Read More >